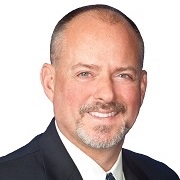 John began his career in the financial services industry in 2000 with John Hancock. In various positions with this global firm, he gained experience in client- and advisor-facing areas, with an emphasis on product development and project management.

He joined Centinel in 2013, as a member of an advisory team built around the idea of holistic financial planning- a theory which encompasses a broad range of planning tactics. Throughout his tenure on this team, John completed numerous professional licensing and designation programs which allowed him to earn the trust of advisors and clients alike in the creation and oversight of individual financial plans and other client service programs.

Building relationships with clients and staff has led to John’s newest position, taking over in January of 2020 as Director of Supervision. With distinct differences from his previous client-facing work, this job affords John the opportunity to use the skills he has acquired over the past eight years (and the good will built up with the other members of the Centinel family during that time) to assist Julie Patterson and Mark Sullivan in their efforts to provide a model of oversight and advisor support dedicated to the success of the firm.

John grew up in a nomadic family, spending time in Michigan and Germany before spending much of his early years in New Jersey. John moved to the Boston area in 1999, and now lives in Brookline with his wife and daughter. He fills his time away from the office coaching his daughter’s hockey team, and is an avid recreational runner with two Boston and two New York marathons under his belt.  Additionally, John enjoys mentoring with the Read to a Child program, which he has been a part of since 2012.